new details of past and present events

On December 10th the Village Hall doors will be open to the fourth Christmas Tree Festival in High Halstow. This is now proving to be a must event in the High Halstow Calendar

It is not too late to let us know if your group, family, business etc would like to put a tree in. All we are asking for is a donation of £5.00 per tree submitted

Trees can be any size or shape, fresh or artificial; as far as decoration is concerned, the only limit is your imagination and afterwards your tree goes home with you for Christmas.

Trees can be decorated at the Hall or brought ready-decorated. Power is available for lights

Trees should be brought to the Hall on

Trees must be collected on

Please invite all your friends to come and see your entry and enjoy this event. With your help – and with the help of others – please make this Christmas Tree Festival a success.

The public are invited to view the trees from 13.00 to 16.30 with entry being just 50p. Refreshments will be available on the day

When The Friends of St Margaret’s first discussed the Scarecrow Festival, none of us saw the number of entries reaching the giddy heights of 73. I personally didn’t think it would reach double figures and would be an event that might take a year or two to become established. How wrong was I. Each day coming home from work it was joy to see the new ones arising and it clearly had people talking in the Village and afar about this event even making Jeremy Vine’s programme on Radio 2

The Friends would like to thank all those who took part either by making your own scarecrow, making a donation (£252 raised) either at the Queen’s Birthday Bash or in the shop, Wenda for her constant publicity on Facebook and the Parish Council for this special colour edition of the High Halstow Times. Plans are afoot for next years Festival so please watch this space for more details in the coming months 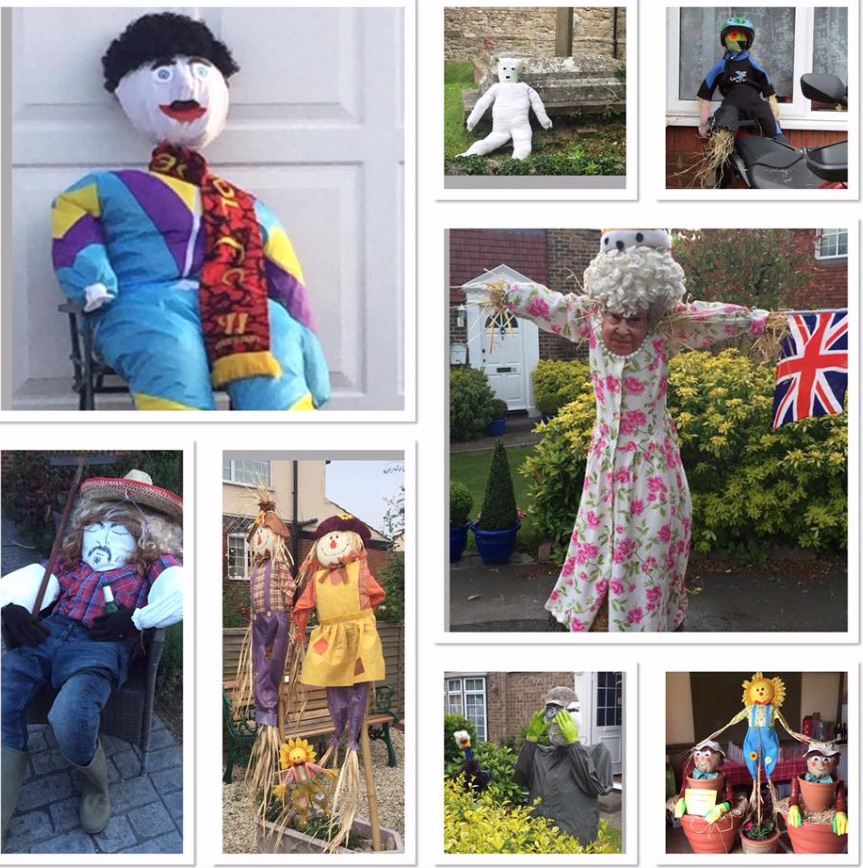 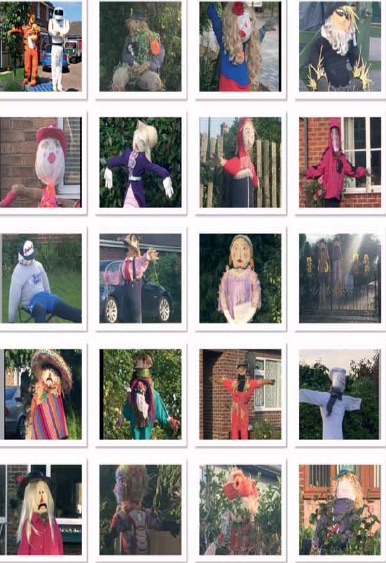 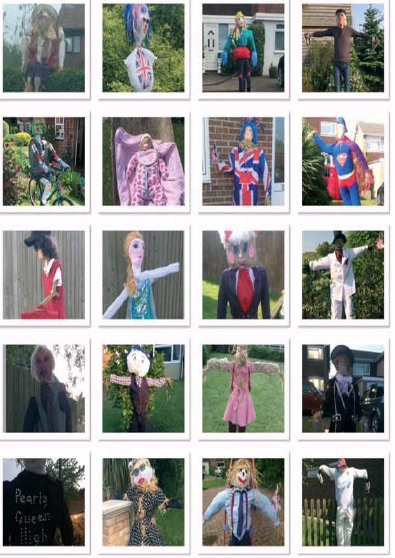 Following the recent Annual General Meeting the following was decided:

The members were informed that for 2014/15 a surplus of £1842.55 had been achieved and with brought forward balances there is now a balance of £4900.48 as at 31st March 2015. The accounts are with the auditors and once signed off these will be published on http://thefriendsofstmargarets.org.uk for all to see

A few years ago some lead was stolen from the church roof and temporary permission was granted for a different material to be used in order to prevent further damage to the building. In the long run though it will be necessary to replace with lead and as a result £4,000 will be invested as a contribution set a side for when that day arrives.

The new committee will meet and look to continue to raise funds not only for the roof, but for items which will be identified following the Quinquennial Inspection to be carried out this year. Quinquennial inspections involve a thorough survey of all aspects of a building’s fabric and are intended to identify problems, which have developed since the last time it was inspected and to establish priorities for repair to ensure the preservation of the fabric.

The Christmas Tree Festival as well as the Cake Festival will be two of the events that will occur during the next financial year. Please watch this space for details of these and future events

Although in the past we had accepted requests for people to pay an annual fee in one go, it was not clear enough to all that this was the case, so just to be clear you can pay as follows:

1 A monthly Standing Order
2 A one off Annual Fee

Forms are available on http://thefriendsofstmargarets.org.uk or from any Committee member

Thank you all for your continued support
Gary Thomas